I've mentioned I do many things apart from Musical Composition. Or I've done many in the past... since well, right now most of what I do is compose music and do sound design.

I have a personal YouTube Channel you can visit to check some of those other areas of interest I've developed, things I've shared with the general public for their enjoyement, and other personal stuff such as one of my pets: A monk parakeet.

I know it's not very Music/Sound related but probably you might be curious about what's behind this artist.

You might be wondering why there isn't any "Official WRENSOUND YouTube Channel". Well it's simply because music doesn't necessarily need to be displayed as videos. I mean, for the purpose of showing my music there's a SoundCloud Channel, it's right below the Blog's Banner.

Don't expect something professional from my personal channel, it's all experimentation and tests I did as I was learning. But there's a chance that you will find something nice that you'd enjoy.

Visit the Channel, take a look. If you like it why not subscribe? And let me know what you think about it on the comments below.

Regards.
Posted by Alexander Petrov Sánchez at 10:34 AM No comments:

WHAT DO I USE TO COMPOSE MY MUSIC AND MAKE THE SOUND DESIGNS?

I think it's normal to wonder why, how and what is someone using to do his job. I have no problems in sharing this knowledge with you:

I use FL Studio 9 to compose my songs. FL Studio has been one of the software I've found very good-resulting for my projects, and when I was a young experimentator I discovered that this program let me do even more than what I wanted. To my surprise, my dad gave me a boxed version of FL Studio 8 with a Fruity License for my 18th birthday! How cool is that, huh?!

That's not all, I also need a software to process general sound files and to do other kind of work, that's when Audacity comes into play. It's a free software that does pretty much anything for you. Well I don't think it does the dishes, but with the results it gives you can do excellent work, sell it and buy new dishes instead!! Ok, maybe I'm exaggerating a bit at this point. But you get the idea, right?

From my experience, you don't need to download cracked software to achieve your goals, I mean in the year 2007 I was 17 and I still didn't have access to FL Studio, I remember trying the demo version when I was younger but it had restrictions. So in that year I mentioned, what I did was search for a good alternative and that's when I found Psycle. Psycle is a tracker, which means you'll be composing music the retro style, but don't panic! It still offers modern capabilites such as VSTs, effects and so on. Psycle is a Modular DAW which means it's made so it's practical for you to use and you get what you need fast and in many different ways.

If you want more power you can test the trials of other software, but I'm not saying it's 100% better than what I use. It might be a little better or most likely, different. Programs such as Sibelius, Cubase, ProTools, Ableton, and more. It's more of a matter of taste than anything else.

If you have questions please, PLEASE! Leave a comment below...
Posted by Alexander Petrov Sánchez at 1:15 AM No comments: 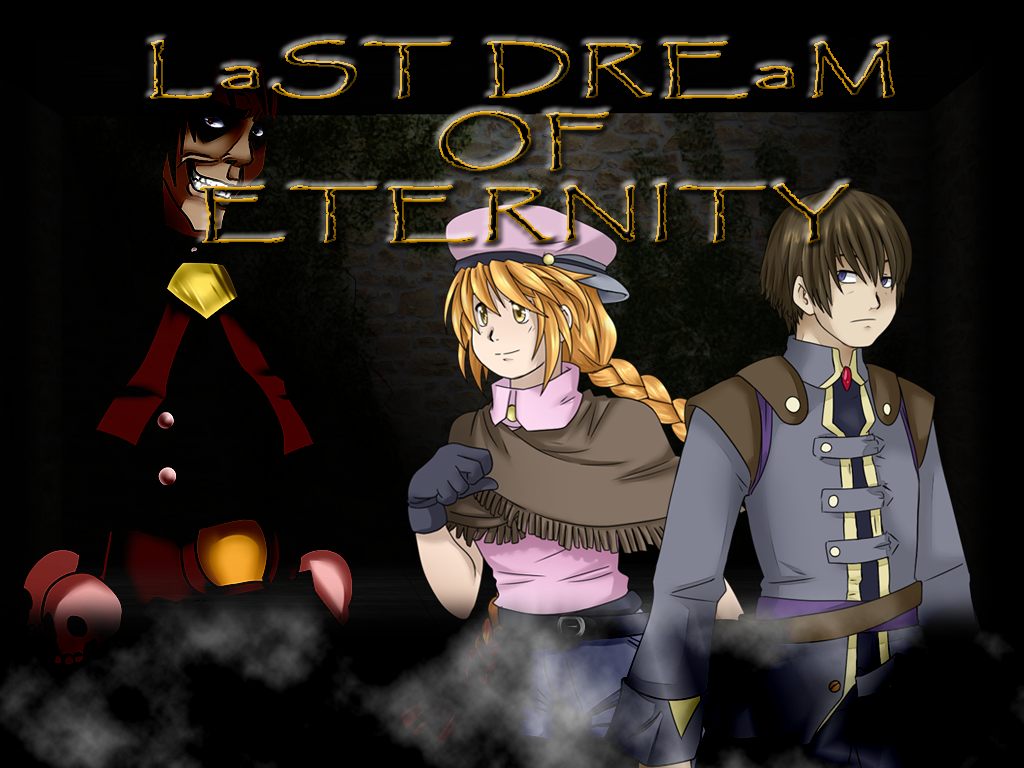 What is my recent project? Well it's not hard to guess: A Soundtrack.
I've been composing a Medieval-Themed Soundtrack for a videogame me and some friends are currently developing, it's called Last Dream of Eternity.
It's been the first time I composed Medieval Music, so it's been quite a challenge for me. I received many compliments as I've been showing my progress to the members of the Group. I have found this experience to be very rewarding, something that didn't happen with my other music.
I composed around 12 songs, but wait! that's not all! there are still around 4 more chapters to go, so expect about 2 times or 3 times that amount of songs to be forming part of the Full Soundtrack.

It's a bit funny, because I always use the same method for composing and I always get excellent answers from the people I show this music to. Probably I'm doing the things the right way, or maybe I'm just lucky. Could it be?

One of the things I thought would be good about this soundtrack, is to use actual performers to, yes you guessed it: perform the scores. But we don't have the money! So it's a bit tough to get someone to contribute, although I've discovered that offering them to be on the credits and sharing the soundtrack with them is a good offer, and even though it's not money, it's something that is meaningful to them, and of course, to us as well!

It's been a sacrifice, a pleasure, a responsibility and an inspiration to be doing this, and believe it or not, honestly speaking, it took me about 1 hour to compose each song. Yes! 1 hour! Probably you'll be thinking I'm a machine, but no, it's true. I guess I have a pretty simple method for composing. I'm not sure how to explain it right now, maybe in the future I'll show some tips from what I've learned to show you how I compose and how you can save time composing the same way I do. But yes, let's leave it for later.

What's this game about?

This game is about a guy who founds himself inside a village which has strange happenings, somehow there are some necromancers producing these happenings occur, and it's the character's job to find out how they have been produced, where and why. The player will have to talk with different people in the village and try to see what's going on and why is he there. It's a long story, and it has many surprises. It has a deep meaning and you can go pretty far when trying to decypher the methaphors that are in the story. Probably you'll find it a very simple game at the beginning. We're having limitations right now: using GameMaker for a 3D game is quite a challenge, trying to understand shaders and advanced 3d rendering knowledge is a tough job. But our programmer is doing the best to make the game as good as possible with the tools available that we can understand. So don't expect an AAA game! This is an indie game being developed by people who have other responsibilities and whose main focus in their lives isn't exactly this game. Most of them are students.

Probably I haven't explained much about the game, so why don't take a look at the trailer? It's in Spanish though. But you can enjoy the music and the graphics anyways.

Probably not much else to tell... It's been a while since we started developing this game. If I recall well we began around March or April, and it's still in it's beginnings, the DEMO is being made right now and it's on it's way to be ready in days! We have to show this game in an event taking place in Buenos Aires which is called EVA: Exposición de Videojuegos Argentina (Argentinean Videogame Expo), so if you're close to Buenos Aires and decide to go it's in INCAA's space, around the 7 and 8 of November, but you'll find our guys to be just the 7th, since they have a short budget and can't stay long in Buenos Aires. Remember, we're from Mendoza.

Who knows... maybe one day we'll release it on Steam and we'd need your vote on Greenlight. Stay tuned as we still don't imagine what can be of our game in the upcoming year. Yep there's 1 year of development ahead in the way, but I'll try to show the news here if they are relevant enough.

See you later!
Posted by Alexander Petrov Sánchez at 12:55 AM No comments: